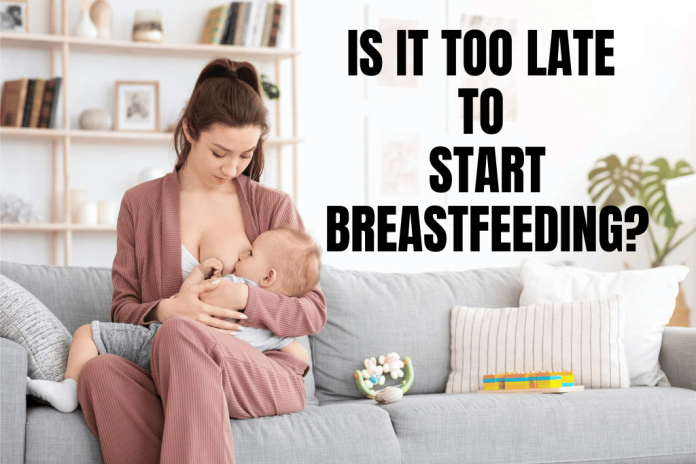 You should be aware of some things before breastfeeding your older child. Look at this guide to learn when it’s too late to start breastfeeding!

Breastfeeding has many benefits for both mother and baby, as it contains all the necessary nutrients a baby needs. Regular breast stimulation can also increase a mother’s milk supply. Thus it’s essential to know when it is too late to start breastfeeding. Typically, mothers who want to breastfeed should do so within one hour of the birth of their child. Newborns feed around 8-12 times per day during the first few days and need close contact with the mother for a proper latch. Mothers who are exclusively breastfeeding should plan on feeding about every two hours or as needed until the baby is six months old.

Why do Mothers Stop Breastfeeding?

The Myths About Breastfeeding

Re-lactation is never too late, but the longer you wait to start, the harder it will be for you and your baby. Re-lactation is inducing or bringing back milk into the mother’s breasts after they have stopped breastfeeding. It is possible even if you have stopped producing milk. It involves generating the mother’s milk and getting the baby to feed again. This process can be done by stimulating the breast with a pump or hand expressing, then putting the baby on the breast. The stimulation will make your body produce more milk and encourage the baby to suckle.

Tips to Increase Chances of Re-lactation

There are many ways a mother can increase their chances of successful re-lactation. Some tips are;

The first step to starting breastfeeding is to be determined and committed.

Given your baby’s current age of below six months old, this rule applies to adopted babies, too.

There is a lesser lactation gap.

You have breastfed in the past, even if only for a few days

In the first few days of your baby’s life, they were able to breastfeed but, for some reason, had to be switched to formula milk

It is possible to start producing breastmilk without giving birth (in the case of adoptive mothers) or being pregnant recently. By breastfeeding, an adopted or one born to a surrogate parent, the baby receives nutritional benefits from the breastmilk and can strengthen the relationship between mother and child.

There’s a technique known as induced lactation in which one can stimulate their nipple to produce milk, just like breastfeeding. Herbal remedies and prescription medications can also boost milk production. With the help of a lactation consultant, a woman can induce lactation and continue breastfeeding with breast milk.

Tips for Switching from Bottle-feeding to Breastfeeding

Many experts say breastfeeding exclusively is feasible, even for older babies, despite the extra work required. Following are some tips for reintroducing breastfeeding after bottle feeding:

Do not attempt to force the baby to breastfeed. The main thing to remember is not to be discouraged and to enjoy what you’re doing. Meditate before nursing your baby to help relieve tension and create a calm, comforting atmosphere.

When your baby starts to latch, you may need extra stimulation, such as breast compression. This can be done by having someone massage your breasts during feedings or using a breast pump before and after feedings. Your milk supply will also increase if you start pumping and doing something to stimulate your breasts. Moreover, frequent pumping can also ensure an easy milk flow and prevent clogging of milk ducts.

Instead of tugging on their neck to get them or to latch on properly, encourage them to figure it out by relaxing and enjoying this intimate, biological nurturing experience. Additionally, it is easier to feed the baby hands-free in a laid-back position, and you can also cuddle and snuggle your little one.

When mothers spend more time close to their babies and in a comfortable setting, it can lead their infants to latch correctly. But beyond that, contact with your child through skin-to-skin contact has been shown to release the hormones in your body that boost the sense of bonding, making it the preferred technique for helping babies born prematurely.

For some parents transitioning bottle-fed infants to breastfeeding, nipple shields can be helpful as transitional aids as babies begin to adjust to the new movements, textures, and flavors of breastfeeding.

Get Help from Lactation Consultant

How Long Does Re-lactation Take?

Re-lactation is the act of stimulating milk production in a non-nursing mother who has stopped producing milk. It can be difficult and time-consuming, but it is possible with dedication and persistence. A woman’s efforts to stimulate milk production are referred to as re-lactation. The process requires patience on behalf of the mother and her caregiver(s).

It takes about as long as it has been since your last breastfeeding. Approximately half of the women who successfully re-lactated had an entire milk supply within a month. The other half took over a month.

What is the Composition of Breast Milk During Re-lactation?

Is It Ever Too Late to Start Breastfeeding?

It’s never too late to start breastfeeding, so long as you have enough milk supply! The American Academy of Pediatrics recommends breastfeeding for at least one year.

Is it Dangerous for my Baby’s Health to Breastfeed for too Long?

The World Health Organization recommends breastfeeding exclusively for the first six months of an infant’s life and breastfeeding with complementary foods up until two years of age or beyond. It’s not dangerous for your baby’s health to breastfeed past those recommendations, but it may not be easy.

Why is Breastfeeding Essential?

Breast milk is the perfect food for babies. It provides all the nutrients they need and helps them fight infections. As a result, there are many long-term health benefits, such as a lower risk of obesity, asthma, and allergies. In addition, breastfed babies have a higher chance of fighting off infections than formula-fed babies. Not only does breast milk provide all of these benefits, but it also contains hormones that help strengthen a baby’s immune system and brain development.

What can I Take to Increase Milk Production?

Following are some ways that can help to increase your milk supply;

How Late can you Begin Breastfeeding?

Even if you’re not able to breastfeed your newborn after birth, you might be able to start breastfeeding again at a later time.

If you want to give breastfeeding another try, don’t wait too long. Ideally, you should start as soon as possible and within the first six months of your baby’s life.

If You Stop Breastfeeding Can You Start Again?

It is possible to start again, even if you have previously stopped breastfeeding. When you stop nursing, your body will stop producing milk. However, your breasts can produce milk again if you restart breastfeeding within a few days or weeks of quitting.

Following are some reasons that could cause a low breast milk supply in mothers during breastfeeding;

Is There a Medication to Ensure an Ample Milk Supply?

Domperidone is the most effective medicine for increasing breast milk supply (Motilium). This medication was designed to treat nausea, vomiting, indigestion, and gastric reflux, but it has also been shown to increase milk supply.

Research indicates that women can restart breastfeeding if they previously breastfed, but there are plenty of variables. The American Academy of Pediatrics recommends exclusively breastfeeding your baby for the first six months and continuing feeding the baby breast milk until at least one year old. If you want to start breastfeeding after stopping, it may be best to consult a doctor or lactation consultant. A study by Colen et al. found that mothers who had stopped for three weeks could successfully resume nursing their babies. The amount of time between discontinuing and resuming was linked to success rates. 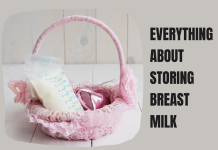 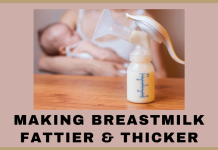 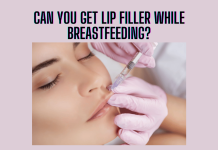